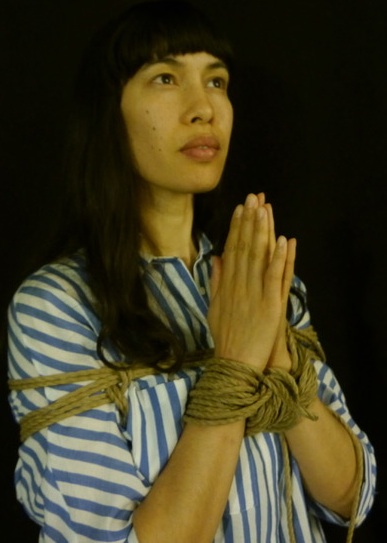 Dasniya Sommer is a choreographer and dancer based in Berlin.
She has trained ballet and yoga since early childhood, and received her formal dance training in Berlin and New York.
Between 2007 and 2009 Dasniya Sommer co–founded and developed the venue Schwelle7, an experimental project space in Berlin.
In 2016 she founded Haus Sommer, her research space for applied rope science, to where she invites other artists. House Sommer stands for experience space and performance productions such as Nun on the Moon (Arte/Tracks Lyon), Bondage Duell (Sophiensäaele Berlin), Vin Diesel’s and the Cat (Wiener Fesselspiele).
Her choreographic focus has for many years been Japanese rope bondage. Drawing also on her academic studies in ethics and aesthetics, her shows question stereotypical body concepts. She collaborated with Romeo Castellucci, Schubot/Gradinger collective, and with das Helmi.
From 1999-2003 she worked as Mannequin in Milano and New York for Vivienne Westwood, Sonia Rykiel and Howard Schatz.

Florian Loycke is a puppeteer for living, volunteering enthusiastically for rope performances with Haus Sommer, and enjoying the surreal land parties. Adding his weird poetry and stretching the borders of bondage. 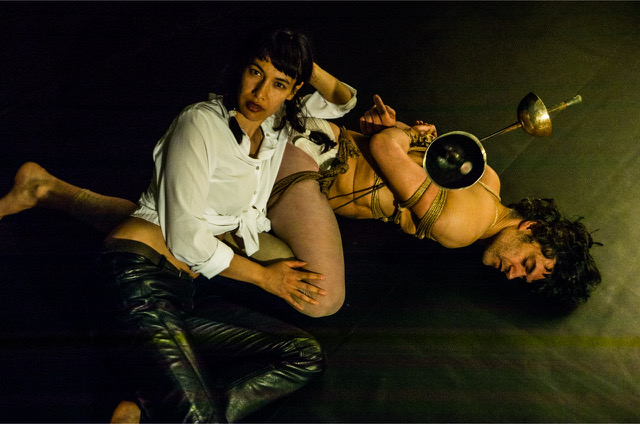 A dramatically danced kinbakudrama
with Dasniya Sommer und Florian Loycke
A schizophrenic duo with 24 Ropes... Everybody knows the official story of Hamlet – that which happens when the curtain rises: how his father is poisoned, his uncle is the killer, his mother betrays him ... And how Hamlet starts to collect evidence. We want to tell the invisible story of Hamlet. The story which happens when the curtain is down. Hamlet’s ghost story, the unofficial version. This is a dream about Hamlet. This is what he told the housefly... This is how he fights with Ophelia and how he fights for her. …and it is about what happened in his mother’s bed and how the game unfolds… about who is who and who am I ? What is dream and what is reality? Is Hamlet a girl? Was the ghost his father? Did Ophelia really die? Is it paranoia? Can you trust your own feelings, when you are alone? Hamlet danced as a dramatic theatre piece for one actor, one dancer, masks and 24 ropes.

Production by Haus Sommer
Thanks to Theater Oldenburg, Ballhaus Ost 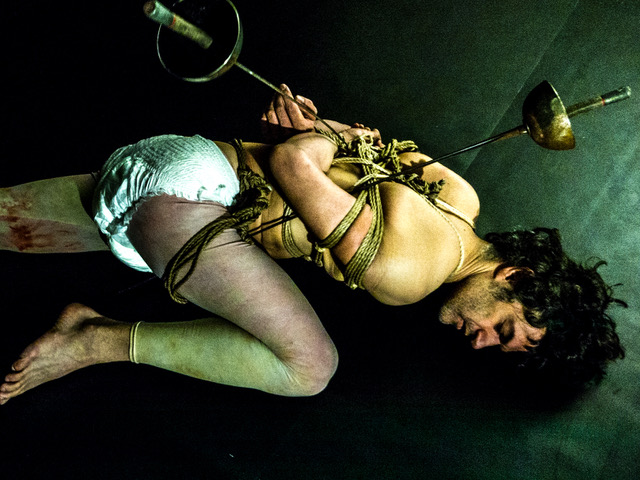 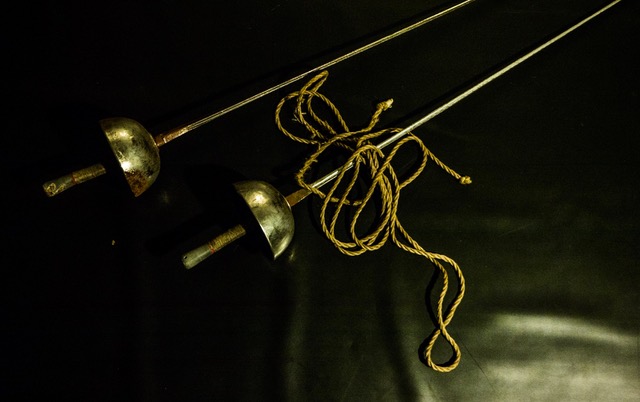